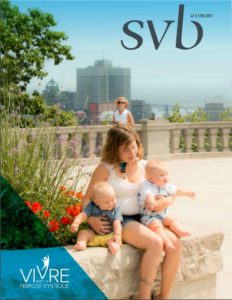 Cystic Fibrosis is without doubt a chronic illness with significant impact on the psychosocial functioning of individuals living with it. Indeed, it affects the personal, family and social spheres as much. It also has consequences on professional and academic life, as well as daily and domestic activities.

According to the American psychologist Julian Rotter (1916-2014), each human person tends to attribute elements affecting them to causes that are mainly interior, or rather exterior. Obviously, individuals with cystic fibrosis do not escape that reality. We can, as a matter of fact, identify in their speech elements attached to one or another of these opposing beliefs.

Also according to Rotter, we will say that persons who believe having full control of their life have an internal locus of control, and people attributing what happens to them to external causes, an external locus of control. In the literature, we also talk about internal and external control position. For the psychologist, these two notions must be understood as a spectrum of possibilities, and not as absolute values. Thus, the locus of control in most individuals is somewhere between both.

The primary objective in the current text is to help you better situate yourself on the scale of different loci of control by examining you beliefs and questioning your certainties. Secondly, it will allow you to take conscience of the forces of your belonging to one or the other of the two groups that allowed you to develop, through your process of accepting the illness. Finally, it will bring you to identify the limits inherent to each of these schools of thought, so as to better recognize the different challenges that you will possibly have to face in the future.

The internal locus of control

Persons possessing a locus of control that is internal in majority generally believe that nothing happens for nothing. They establish a very clear causality link between their actions and the consequences they have on their life. If they failed an important exam at school, it is that they did not study enough. If they did not get the promotion they expected at work, it is that their performance at the interview was sub-par. If they arrive late at their medical appointment, it is because they did not wake up earlier than usual to forecast the traffic generated by the snowfall. In regards to illness, these persons will also expect that their clinical status reflect their diligence and determination in accomplishing their treatments.

When their medical state is stable or, even better, improved, there is no word to describe the pride that shows through their smile. The spirometry result matches with the efforts made and all is right in the world. However, when there is a deterioration of the clinical state, these persons have the reflex to blame and guilt themselves. They will remember all the occasions where they did not give their maximum, and set a direct link between these occasional digressions and the state they are now in.

Thus, when it goes well, having an internal locus of control allows the individual to keep a positive and confident attitude towards the future. This also fosters their commitment at school and at work, as well as therapy adhesion, because they are convinced that their state is the product of perseverance. Furthermore, by profoundly analyzing each of success and failure, the individual presenting an internal locus of control develop a capacity for introspection as well as extraordinary adaptation strategies.

There are however some disadvantages to having an internal locus of control. An individual belonging to that group can sometimes be extremely perfectionist and feel a string sense of culpability or of shame when confronted with failure. Furthermore, because their personal esteem is intimately linked to success as well as accomplishments, they can easily become anxious or depressed when efforts are not rewarded by the expected results. Finally, this individual is usually more vulnerable to critics and to emotional blackmail, because on top of considering themselves entirely responsible for their state, they have a tendency for feeling responsible for the happiness or unhappiness of others.

To counterbalance the disadvantages of an internal locus of control, the individual can learn to make the distinction between feelings of culpability and the feeling of responsibility.  For example, instead of feeling guilty uselessly by saying to themselves: ”If my pulmonary function is reduced this month, it is because I did not do my physiotherapy exercises everyday. I showed cowardice and now I get what I deserve”, a person can rather be empowered by saying: ”It is possible that the fact of not doing my respiratory physiotherapy might have contributed to the reduction of my pulmonary capacity this month. My health is important for me and my actions should better reflect that reality. I give myself an objective to do better next month.”

In this example, the individual presenting a mostly internal locus of control exploits the forces stemming from his adhesion to this group while refusing to make violence by being overtaken by feelings of guilt or shame. It therefore increases considerably chances of bringing positive change in life.

The external locus of control

Persons that present a mostly external locus of control will, on their part, explain things affecting them by environmental factors over which they have no control, like for example, chance, randomness, others or institutions. If they failed an important exam at school, it is that the subject was too difficult. If they do not get the expected promotion at work, it is that managers doing the interviews made a bad choice. If they arrived late at their medical meeting, it is because of traffic after a snowfall. With regards to illness, these persons will entertain the belief that it is useless to have flawless therapy adhesion, given that a medical emergency can bring irreversible deterioration to their state at any time, regardless of efforts made to take care of their health.

To present a mostly external locus of control brings few advantages. We can think that these persons are less prone to anxiety, because they seem to be carried by life, without hassles or worries, but that is not the case. In fact, while many of these persons tend to  feel less guilty for what happens to them, they are nevertheless anxious about the perspective of not having power over their future, no influence on their fate. The challenge to lift these persons will be to develop their initiative as well as their power to act so as to take back a certain control of their lives.

Concerning all these elements, we can say that knowing where our locus of control is situated regarding what we are experiencing is a good way to identify our strengths, as well as the challenges to overcome in accepting our reality. This quest is certainly not an easy task. It requires a great dose of courage. In fact, it appeals to our capacity to question ourselves, a skill that is not available to all and can sometimes make us fell discomfort.

If you wish to start a process of personal growth to better understand the reasons that motivate your thoughts, your decisions and your behaviours, surround yourself with persons with which it is possible to exchange and share your reflections without fear of being judged. Do not hesitate to ask for professional assistance by a psychotherapist that will listen and guide you, especially if your family and social network is unable to do so. Furthermore, some persons need less contact when they are introspecting and prefer reading or writing their thoughts in a journal. Finally, practicing an artistic or sports activity can also help center you and discover yourself.